£{{amount}}
Free Shipping
Save 10% off on your first order

30 YEARS OF SKINCARE: AN EVENING WITH SKINCARE EXPERTS IN LONDON (PART 1)

With the convergence of the official launch of Swissline in the UK and the celebration of Cell Shock’s 30th anniversary, we were honoured to welcome fabulous dinner guests Dr. Psomadakis, Dr. Ejikeme, Abigail James, and Emma Guns - all leading experts in the UK skincare sphere - to discuss the evolution of skincare over the last 30 years.

This article is the first part of a two-part series highlighting the takeaways from our roundtable discussion hosted at the Mandrake Hotel.

Starting with the ’90s, our dinner guests reflected on the evolution of skincare trends and ingredients. It was the age of the supermodel, skincare was radically different from what we see today and large multinational manufacturers marketed skincare, makeup, fragrance, and hair care under one brand umbrella.

So what else was different?

With no shortage of nostalgia, our expert guests weighed in. 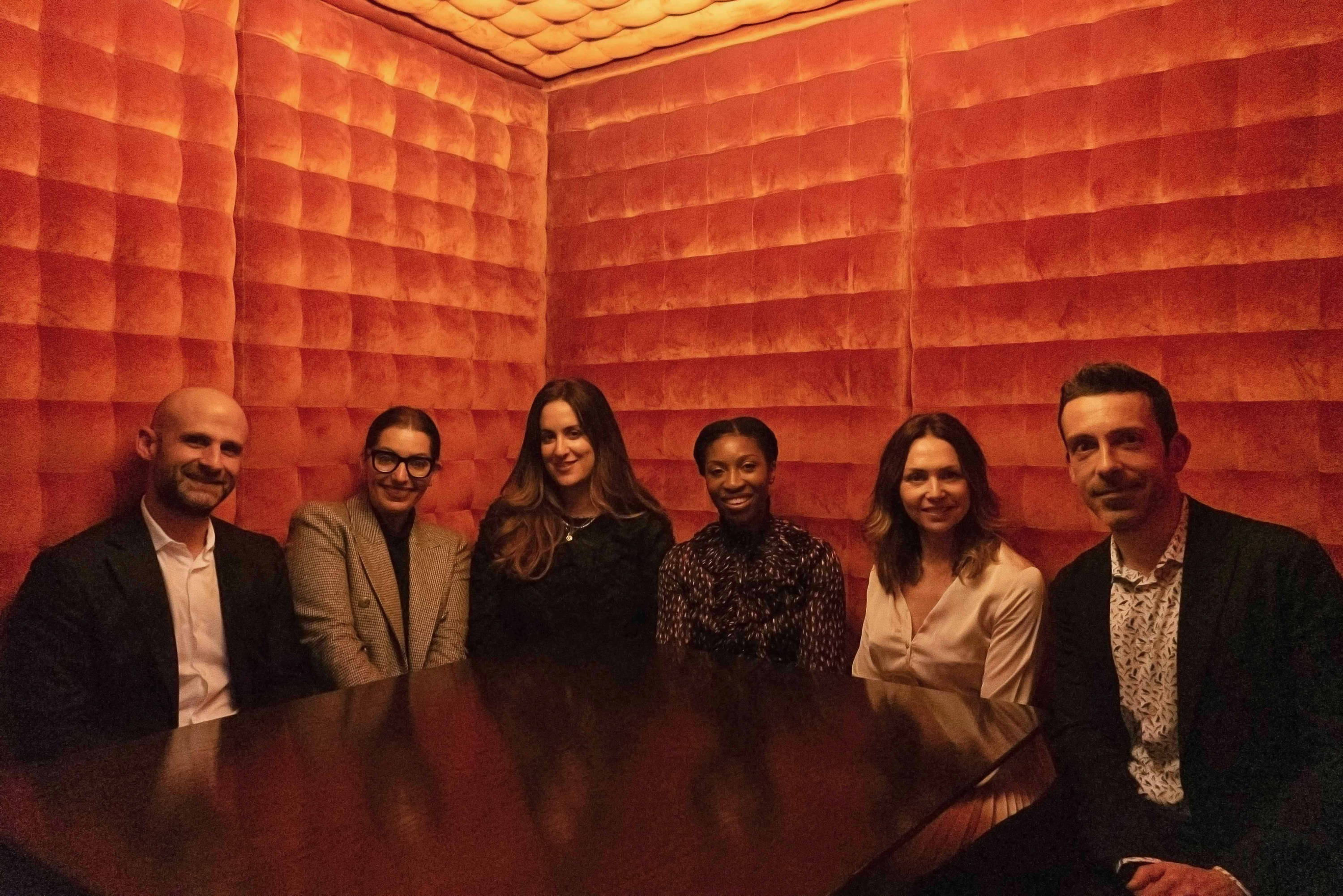 The ’90s was not a time for complicated skincare routines or a large variety of products. In fact, well-known brands like Nivea, Olay, Vaseline reigned supreme when it came to simple hydrating skincare staples.

"But what about the standard person?" Dr. Ejikeme asked rhetorically. "What would they have in their cupboard? For most, a Nivea moisturizer in the 90’s meant you were doing quite well. There was also the shift in sunscreens, evidence really started getting popularized in sunscreens around the ’90s, I know Boots started their range of sunscreens around then."

"I used to buy my skincare at the local chemist," recalled facialist Abigail James.

Emma Guns raised an interesting point on the evolution of skincare marketing and consumer expectation in the 90s.

In the 90s I think, you were kind of buying ‘hope’...all brands found these naturally beautiful genetically blessed models and you were made to think these products could make you look like them. I spent the 90s being really dissatisfied with skincare – not getting the results. I think it began to change as we realized not only can you make these impressive changes but you can make it on a consumer-level.

THE EMERGENCE OF BOTOX

In addition to basic skincare, it was at this time that consumers were also introduced to minimally-invasive procedures. Licensed for use in 1997 by the FDA, the 1990s saw the emergence of Botox injections being popularized especially in the United States. This opened the door to cosmetic procedures in general, such as chemical peels:

Cosmetic procedures gained visibility in the 1990s to a certain extent. Botox had a license to be used and then we were seeing as we progressed through the 90s, early 2000s - those things being translated to what you could get at home, equivalent; chemical peels for instance done by actresses.

More on the cosmetic shift from Dr. Psomadakis:

From a Dermatology perspective, there was a big shift in adopting cosmetic dermatology as part of our remit...Dermatology as a speciality is relatively new. Initially they were dealing with skin disease and only probably from the 90s onwards did they encompass this area that overlaps with aesthetics.

Emma Guns elaborated, "It was the beginning of the fruit acids. AHA was the big thing. Everyone was going out with the big wide-brimmed hats and sunscreen following the treatment."

For our Brand Director, Custodio D’Avo, from a personal perspective, it was a decade where he realised that these ingredients could truly change his skin.

With the ringing-in of a new decade came new trends and a new focus on ingredient-led skincare brands. Skincare such as Proactiv and Clearasil were marketed more as evidence-based especially for acne-prone skin, and the efficacy of ingredients became increasingly important.

Speaking to the state of skincare in Switzerland, our Brand Director, Custodio d’Avo, weighed in:

In Switzerland, this is when there was a certain awareness of animal ingredients. Before that, in 2002, there were placenta and cellular extracts, but biological materials started to get replaced with biomimetics and biotechnological alternatives. No more animal ingredients.

From a personal perspective, Abigail James agreed that from 2000 onwards, organic started becoming a big thing for her, as she and her clients started using Dr. Hauschka. 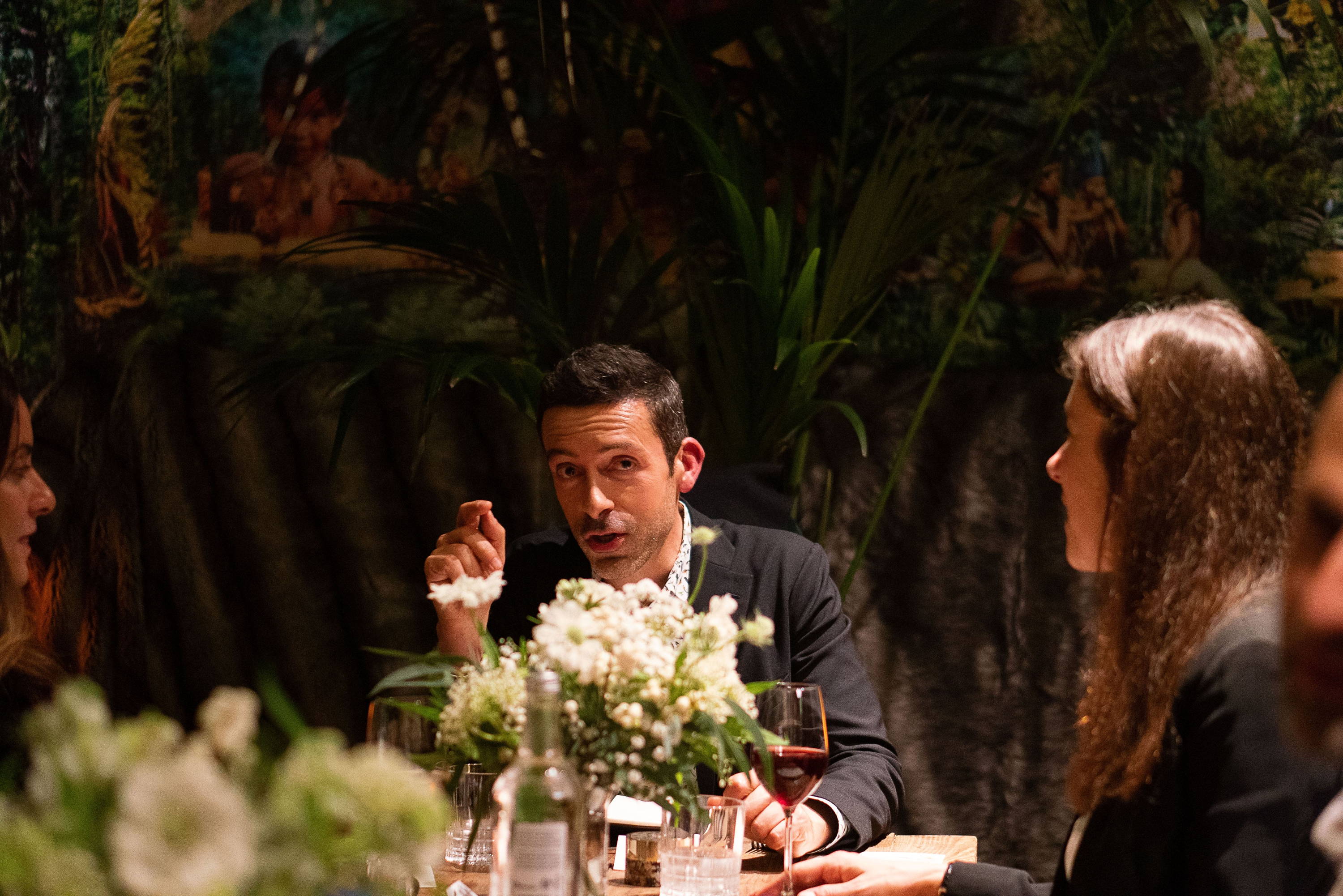 THE EMERGENCE OF BOTOX PARTIES IN THE 2000S

Once a taboo dinner conversation topic, Botox started becoming accepted in the mainstream. Botox led the way for lots of fillers including Restylane, the first non-animal hyaluronic acid injectable. Towards the end of the decade, Botox Parties became the rage.

In the 90s botox parties were widely accepted. said Dr. Ejikeme. Back then there was not as much regulation as there is now, pretty much anyone could inject wrinkle relaxers, thankfully this is a thing of the past. 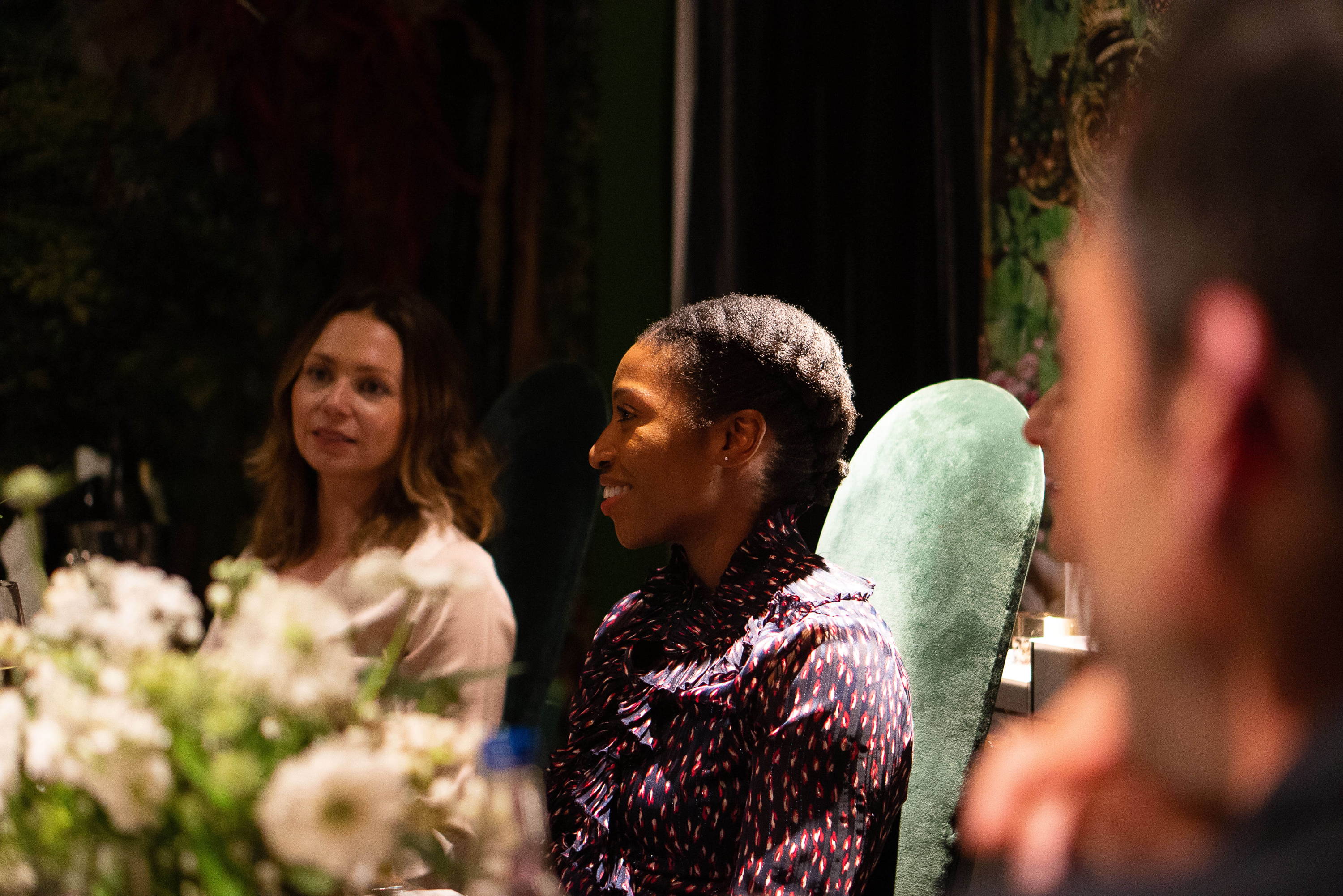 With the boom of reality television, viewers got a peek at their favorite celebrities' beauty and skin routines in a way that’s very reminiscent of Instagram, today.

In the beginnings of reality TV and social media, you were kind of getting what you thought was an authentic inside look at what celebrities were using,” explained Dr. Psomadakis. “It was more indirect advertising that you became susceptible to. 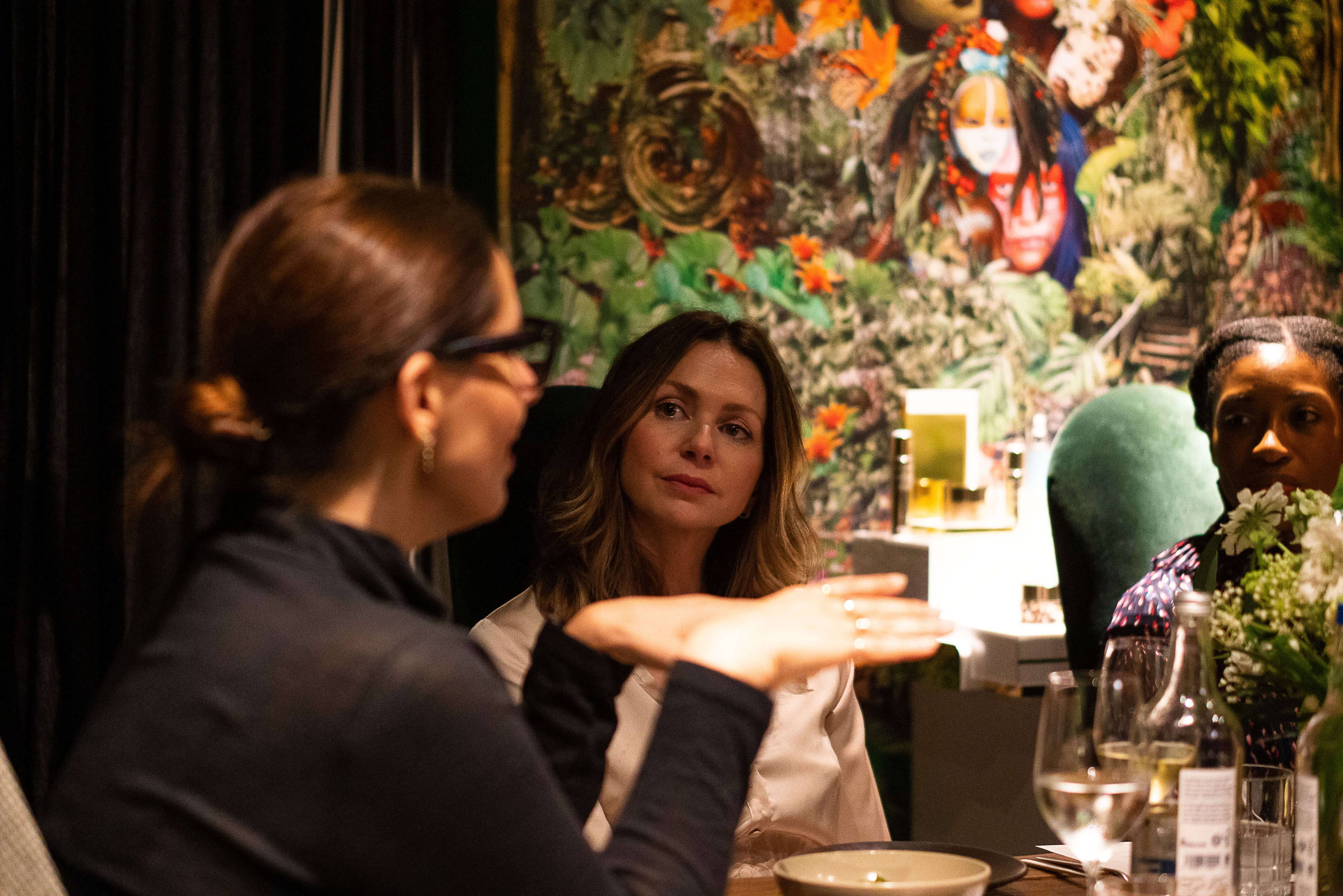 FACIAL TREATMENTS GOT A MAKEOVER

Facials became much more rewarding from both a consumer and facialist perspective. Abigail James explained:

From a clinic treatment point of view, as in facials, Skinceuticals started taking their position; LED became bigger, lots more technology, like microcurrent...Needling - needling on a gentle level; treatments that facialists could offer became more exciting because we could do more. By the end of the 2000s, radiofrequency dropped into my bracket because the technology had progressed. And then peels dropped into my bracket. Prior to that, I wasn’t allowed to do that. Peels were not included. At the end of 2000s, what I could do with skin became really fascinating.

For more insights and musings from these experts on skincare from 2010 to 2021 - everything from the medicalisation of skincare to the rise in skintellectuals and the power of skinfluencers - check out our next article, due to be published next week.

About our Dinner Guests:

Emma Guns is an experienced beauty, health, and lifestyle writer, podcaster and brand consultant.
Dr. Ejikeme is the founder of Adonia Medical Clinic and was recently awarded Best Cosmetic Doctor 2021 by Marie Claire UK.
Dr. Psomadakis is a full-time dermatologist who provides her followers with educational and accessible information on skincare's hottest topics.

Abigail James is one of the most well-respected skincare and wellbeing experts within the UK. Abigail's second book The Glow Plan is due to be published in April 2022. (IG @abigailjames / YouTube: abigailjames)